Find more interesting bits of Texas history and stories of brave and strong Texans on my “Texas Brave and Strong” podcast. You'll also find a transcript of each episode on this website.

If you’ve already read the book, this is for you. If you haven’t read the book yet, beware. This contains spoilers!

Early readers asked, “What events in the book really happened?” I’m guessing you might be curious also. So, here is the list of actual happenings.

Real events in Gone to Dallas 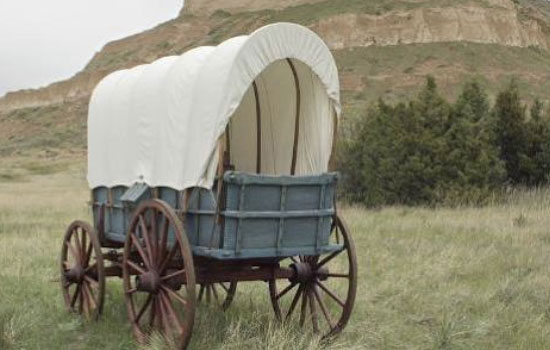 characters who were Real People

Several minor characters simply mentioned in the story were also real:
Comments on some fictional characters:
Many of the fictional characters in the book have been developed around the occupations and businesses
which existed at the time of the story. For example, the earliest residents of La Reunion did include a
dance master, carpenter, baker, milliner, musicians, butcher, brewer, stone mason, dressmaker, and only
two farmers among the others! I have provided fictional characters for some of the occupations
represented at LaReunion and woven them into the story. The same has been done for some of the
occupations present in Dallas at the time.
Novella Adison and Devil Jack Black are fictitious, although there were bordello madams and gamblers
in Boggy Bayou. Surprisingly, the Pinkerton Agency did have a division of female agents in the 1850s.
As you have probably guessed, the shenanigans of these characters in the story are products of my
imagination.

A bit more history: The founding of Dallas.

As legend has it, John Neely Bryan; his Indian pony, Walking Wolf; along with Ned, his Cherokee Indian companion; and Bryan’s dog, Tubby, first came to the Three Forks area in 1839. Bryan staked a spot on the limestone bluff above the Trinity River with a buckskin flag marked with his name. He returned in the Fall of 1841, with the plan of gaining a grant for the land and establishing a ferry crossing and trading post.

Bryan did not immediately realize that he was, in fact, a squatter. The previous January, the Republic of Texas had granted a large tract of land, which included the site of Dallas, to an investment group, led by W. S. Peters. Initially known as the Cross Timbers Colony, the grant was soon simply referred to as The Peters’ Colony. It included the land on which Bryan subsequently settled. Bryan had chosen his location well. The spot was one of the best places to cross the Trinity River. This Trinity crossing on the Preston Road connected to the Coffee Crossing and Colbert’s Crossing on the Red River to the north.

In 1844, despite the land ownership issue, Bryan had the village of Dallas surveyed. It was laid out in blocks two hundred feet by two hundred feet and extended eight blocks west to east and ten blocks north to south. Bryan sold his first lot in 1845, but most likely did not patent (register) the Dallas survey until 1854. By then, the Peters’ Company had largely abandoned the Colony, following an armed confrontation with unhappy Dallas County settlers, who drove the company representative, Henry O. Hedgcoxe, from the county and seized the company’s records placing them “where they would never be found.” Bowing to such strong public sentiment, the legislature ultimately agreed to grant clear titles to the settlers and the Peters’ Group was granted new land in West Texas.

To complicate matters further, an even earlier Republic of Texas grant to John Grigsby, a soldier of the Battle of San Jacinto, was discovered in the 1870s. This grant covered much of downtown Dallas and created ownership complications for decades.

Meet Mrs. Sarah Cockrell from GONE TO DALLAS, The Storekeeper 1856-1861

Sarah, the wife of Alexander Cockrell, was a real person, and very involved in helping her husband coordinate their numerous activities—from Dallas land grants to managing their numerous business enterprises. He was brilliant, but illiterate. She could read and write. Together they were a dynamic team.
Although GONE TO DALLAS, The Storekeeper 1856-1861 is fictional, my goal was to represent the real people in the story as accurately as I could—based on available research. By all accounts, Sarah Cockrell was major force in the development of Dallas. When she died in 1892, she owned an estimated 25% of downtown Dallas as well as properties in numerous other Texas towns.
Why did I name my strong female protagonist Sara (note the different spelling)? I tried to change her name, I swear. Sarah and Sara wouldn’t let me. The two strong women named Sara/Sarah overruled me!
Here are some insights on how I imagined Sarah Cockrell from GONE TO DALLAS.
Her appearance: “Sarah Cockrell was a slender woman with shiny, mahogany-colored hair parted in the middle, pulled back, and turned under into a bun at the nape of her neck. Heavy brows arched above deep-set gray eyes. She wore a white cotton blouse with long, full sleeves and a rounded collar. Her skirt was black cotton embroidered with white flowers and very full. A solid black sash was tied in a bow at the front of her waist. She looks as fashionable as if she’s stepped out of Godey’s Ladyʼs Book.
Her philosophy: “I’m guided by just a few rules: Work quietly behind the scenes— there are some in town who resent a successful woman. Smile, speak softly, don’t be afraid to say no, and never back down. Be an iron fist in a velvet glove. And keep a pistol in your drawer, just in case.”
Her strength upon the death of her husband: “I never imagined anything like this. I loved him.” She took a deep breath. “Thought we’d grow old together. My task now is to keep his legacy alive and be sure his children remember him for the fine man he was.”
Her business savvy: “. . .Sara was invited to Sarah Cockrell’s office for tea. When Sara arrived, Mrs. Cockrell was concluding a meeting with two men who were challenging the terms of a contract they had signed with the Cockrell lumber company. “Do come in, Sara, we’re almost through here.”
“We’re not happy with the contract terms,” one man said forcefully.
“Yet you agreed to them before and signed the contract,” Mrs. Cockrell said in a calm, matter-of-fact voice.
“Well things have changed,” the other man said.
“I understand things have changed.” Mrs. Cockrell paused and looked at each of them, holding her gaze for several seconds. “My husband is dead, and you thought you’d see if the widow would agree to better terms for you, to her disadvantage. Please understand that I will not.”
The first man began to bluster. “Well, well . . . ”
“Well,” Mrs. Cockrell said, “if you can show me how we would both benefit from a change in price and terms, I’ll be happy to meet to discuss it. Until then, good day, gentlemen.” She rose from her chair. Mrs. Cockrell’s young, male assistant appeared from nowhere with their hats and ushered them out.